Pugs are known as clingy dogs. When a pug isn’t clingy, and isn’t just NOT clingy…but distant? That can instinctively raise concern. In some scenarios, a pug being distant is more concerning than in others. I thought I’d cover some different scenarios and explain how concerned I’d be about each. 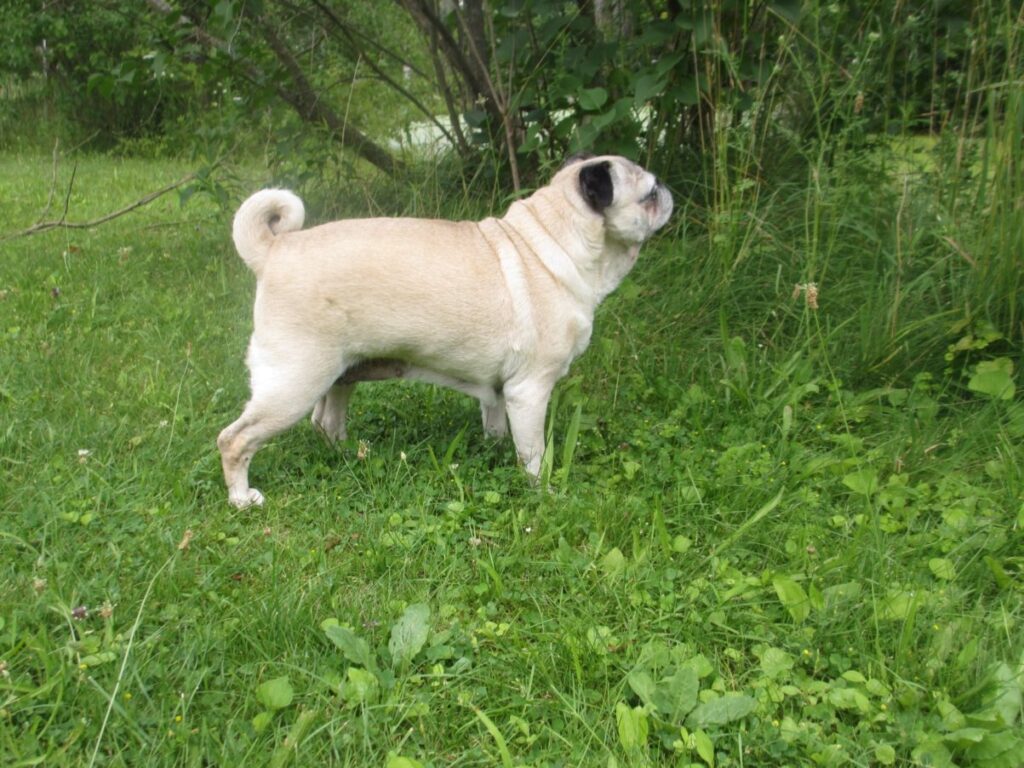 Pug Being Distant After You Return Home

If your pug acts distant when you first return home, this is probably a response to their separation anxiety. They’re basically expressing that they are upset with you for leaving them. Sort of similar to children who have an avoidant attachment style with their parents or caregivers.

Your pug will likely come around once you’re home for a while, and if so, they’re probably fine. However, you may choose to look for activities to increase your bond (I have a blog post with pug bonding activities) to make your pug feel more secure about your bond.

Pug Being Distant When You First Get Him

If you’ve just got a new pug, whether it’s a pug puppy or older pug, it can be normal for the pug to be somewhat distant for a while.

I adopted my pugs when they were 8 and 9 years old. One of them was a bit distant for a while. He preferred to lay on the floor rather than sit with us for the first few days. I hate to say this…but think about being rehomed from the perspective of the dog. They don’t know that you have good intentions to give them a furever family. They just know that they are suddenly not in the place they’re used to – and they may miss their former family. That’s confusing and may be sad or scary. 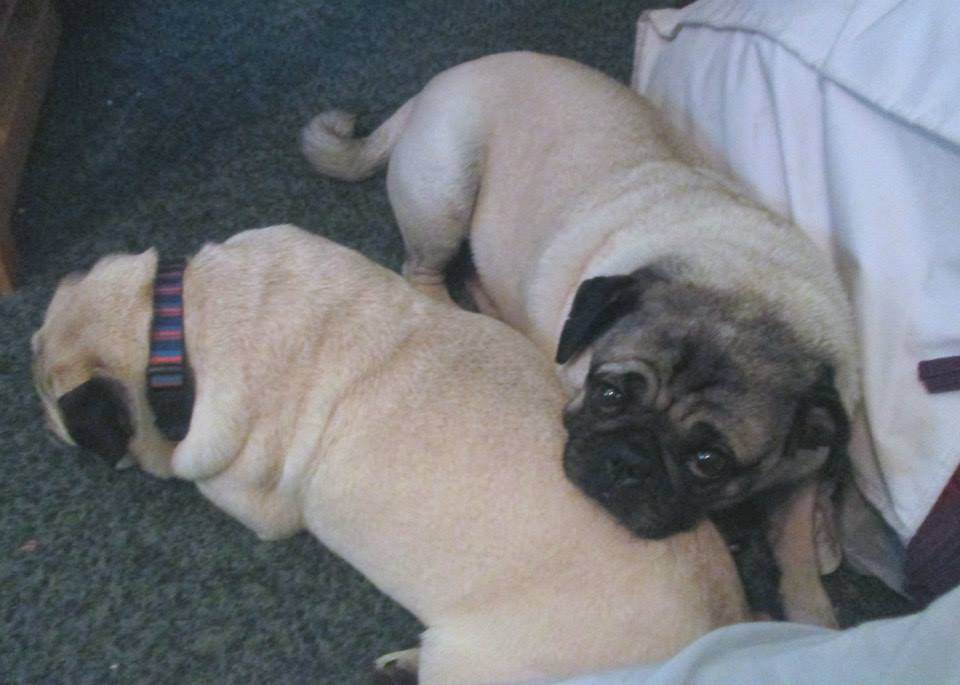 This picture was from the first week we had brought my pugs home. After we had them for a while, they’d act like they were being punished if we tried to have them stay on the floor rather than on the human furniture. In those first few days though, they were more distant. I wasn’t as aware of it at the time, but in the old photos I notice a now-obvious sadness in frank’s eyes in all the photos. He typically had a warm spark in his eyes – but it was missing that first week. I think he was really missing his other family at first.

While you’re excited to add a pug to your family, it’s a big adjustment for them. You may have to get close to them slowly and let them learn that you’re a safe person for them to be close with. Try to give them plenty of changes for interaction and attention – and of course, meet their needs as much as you can. Try to not force more interaction than they’re interested in, though. Just keep offering and in time they should come around.

Pug Being Distant After You Have A Baby

Some people find that their pug becomes distant after they have a baby. Pugs typically are pretty compatible with babies and children, but your pug may be confused about how the family dynamic has changed, at first. It may be sort of like bringing home a new baby and how the older sibling may be hurt, confused or worried about how they fit into the family.

Of course, your world now revolves around the baby, as it should. As much as possible, you’ll want to maintain a connection with your pug, too. They likely need reassurance that they are still a light in your life, too. Letting them be near you when possible, giving them pets, still taking them on walks, and trying not to be overly-anxious when they are in the same area as the baby, can all help. If your pug senses that you are on edge whenever they get close to the baby, they can assume those feelings are caused by the baby.

Pug That Is Distant All The Time

Maybe your pug being distant isn’t a temporary or rare thing. Maybe your pug is a bit aloof all the time. If they’ve been that way their whole life, it may be their personality. Or it may be that they are struggling to bond with their family. Pugs are naturally social and clingy creatures, but mix-bred pugs may have traits from other breeds that could contribute to them being more distant.

I’d check for signs that your pug is bonded to you. As long as you see signs of a healthy bond, and they’ve always been distant, it’s likely just their personality and not a cause for concern.

Also something to note – pug puppies are often less clingy than adult pugs. Pug puppies are high energy and curious, so it’s normal for them to spend a bit more time doing their old thing vs older pugs.

When a pug is distant seemingly at random, this is the most concerning. Any sudden and unexplained change in behavior can be a sign that something is wrong.

My first thought would be to closely analyze if there is anything that has changed for your pug. Could they be responding to some sort of change that is bothering them? In some cases being distant may be a sign of fear or sadness. If something has happened such as the loss of a different pet, or a new person entering the household, that could be a potential cause. If they’ve been around someone new, I’d double-check that they are being treated well by that person.

If there are no changes in your pug’s life that could easily explain why they are being distant, I’d head to the vet for a check-up. There are several common pug health problems. Being distant can be a sign that your pug just isn’t feeling well. Maybe they are feeling lethargic, nauseous, or are experiencing pain. Hopefully your vet can help you determine the cause.