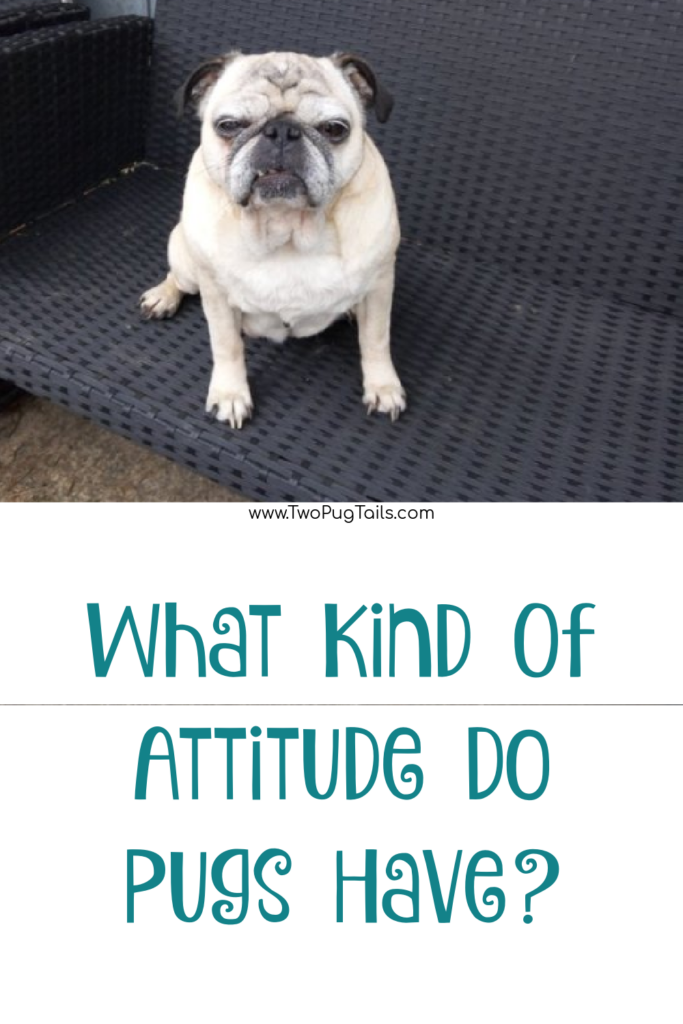 Do Pugs Have A Bad Attitude?

This is a bit of a complex question because ‘attitude’ can be used to imply a lot of different things! Overall, I’d say pugs have a pretty good attitude but let’s break this question down into more detailed questions.

Pugs can be stubborn, which some will interpret as having a bad attitude.

Are Pugs Antisocial or Aloof?

Pugs usually have loving temperaments and are pretty affectionate. They are usually friendly and social, they don’t come off as aloof.

Do Pugs Get Along With Others?

Pugs definitely can be lazy! If you’re looking for a dog that will be bright-eyed and bushy-tailed about going for a jog with you at 5am, you may see pugs as having a bad attitude.

Are Pugs Hard To Train?

Pugs can be hard to train. This isn’t based on their intelligence, but instead based on their stubbornness! At the same time, pugs like to please their owners and are usually highly motivated by food/treats as well. Those factors can make training them a bit easier than some other stubborn dogs.

Pugs can be prone to begging unless you train them not to. Pugs are often obsessed with food and may beg for human food anytime they see or smell any. They may also beg for more dog food between their meals.

If you see being fearful or anxious as having a bad attitude, some pugs may strike you as having a bad attitude. Some pugs are fearful dogs who would rather sit inside on your lap rather than seek out adventure. One of my pugs was fearful of cats, and other dogs. Another of my pugs was afraid of thunder, and loud or just unexpected noises like a spatula falling off the counter onto the hard floor. 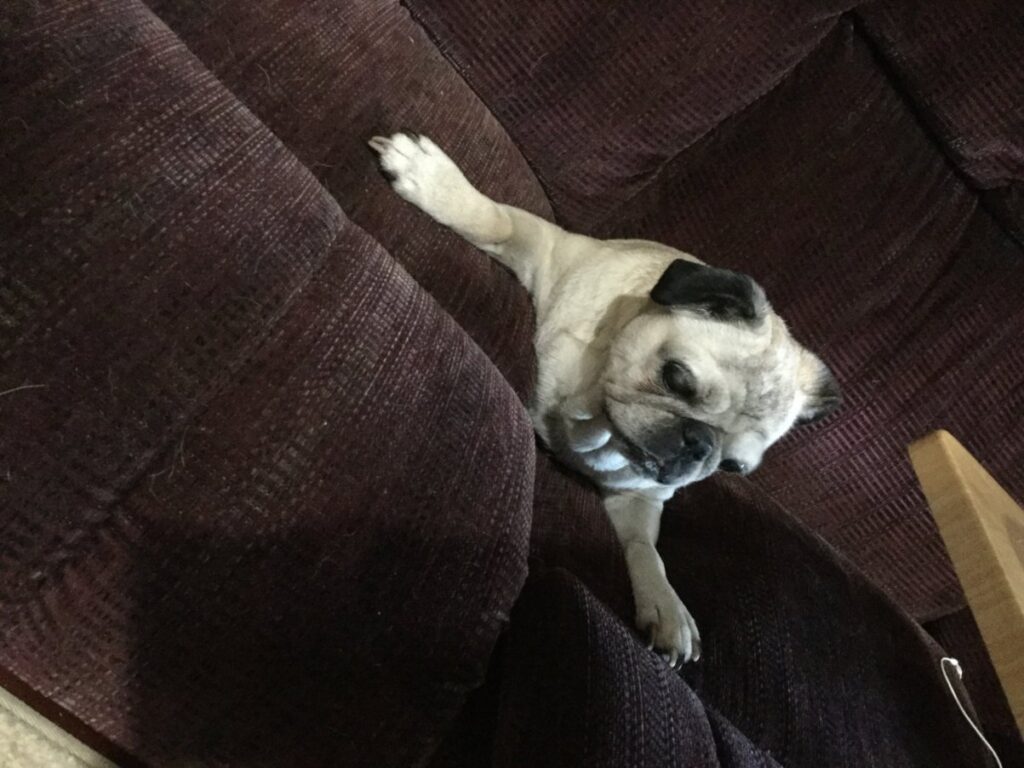 Pugs definitely can have a funny attitude! They are a lot more expressive than some other dogs. Due to their flat faces, they ca make a variety of sounds that you may have never heard from other dogs. They often use their weird noises to express themselves. Mine would make short, choppy inhales when he was really happy and we called it his ‘purr’. Both of my pugs would sneeze on purpose to let you know they were annoyed. They also could sigh when frustrated or annoyed.

Pugs’ reactions to various things can be pretty funny, too. We often found ourselves laughing at our pugs. So, I’d definitely classify them as having funny attitudes.

That really depends on what things you personally find annoying. I wrote a whole blog post about this topic!

No, pugs are not an aggressive dog breed.

Pugs generally do’ bark excessively, and when they do bark it’s a deeper bark than you might expect from such a small dog. So their bark doesn’t sound particularly yappy.

Pugs can definitely be drama queens! One of mine was really laid back and chill as long as she wasn’t anxious, but the other was a drama queen. We mostly found this funny, but I can see how others could read it as having a bad attitude.

Do Pugs Have Bad Manners?

Pugs aren’t a particularly….classy…breed. They have audible farts and burps, they breathe loudly after exercise or when excited, and more. So, yes, you could say that pugs might come across as rude or having bad manners in that sense! As far as how they interact with people though, they’re usually a friendly, calm breed.

Whether or not you detect sass in a dog’s behavior is probably exceptionally subjective. Personally, I felt like my pugs were sassy a times, but not enough to where I’d say they are sassy as a general statement. My pug Frank, in particular, was strong willed or stubborn. There would be times where I knew he understood a command but would comply very slowly, or would comply and then sigh or sneeze. Those sorts of interactions felt like he was being sassy!

These ever really bothered me, and they weren’t super common. I suppose my assessment would be that Frank had a sassy streak, but wasn’t super sassy overall.