There have been a couple of viral videos showing pugs screaming while they get their nails trimmed. For many people, this has made them curious about pug screaming! I thought I’d tackle that topic in this blog post. 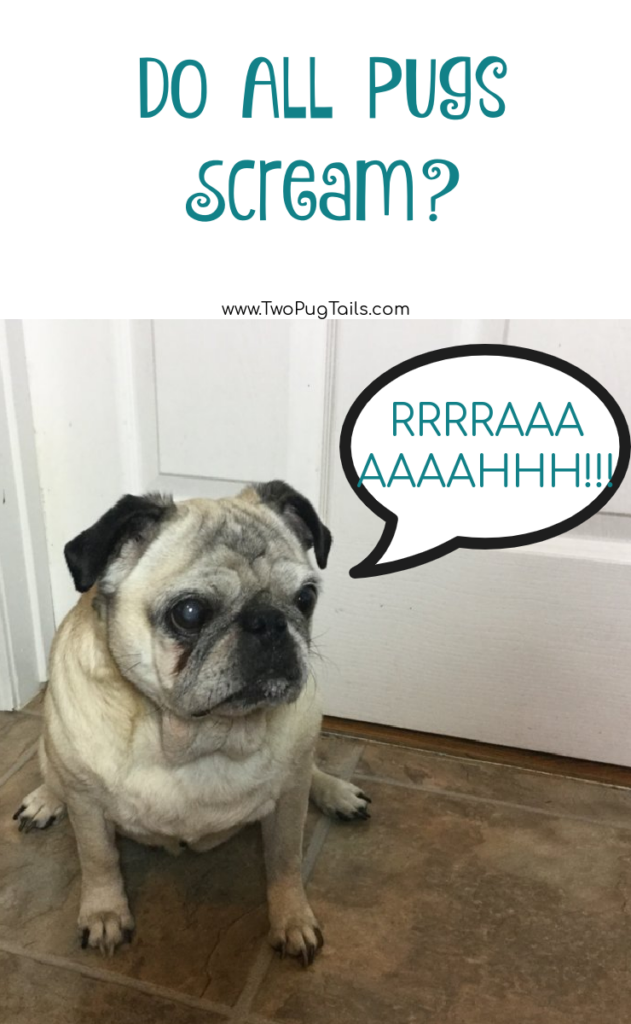 No, not all pugs scream. I had two pugs for several years, one screamed and the other never did.

It is real, though. I have seen some comments on some of the viral videos suggesting that the sound must be edited in. That isn’t the case. Pugs really can scream like humans!

Why do pugs scream?

Pug screaming is just a form of barking, essentially. Pugs are relatively small dogs so they can’t really muster a huge, scary bark the way that a large dog could. So when they feel cornered or need to REALLY grab your attention, they scream instead. Most of the time if a pug ‘screams’ it’s because they are scared. Some pugs are rather dramatic, so it may seem like they are making way to big of a fuss out of nothing (like having their nails trimmed). 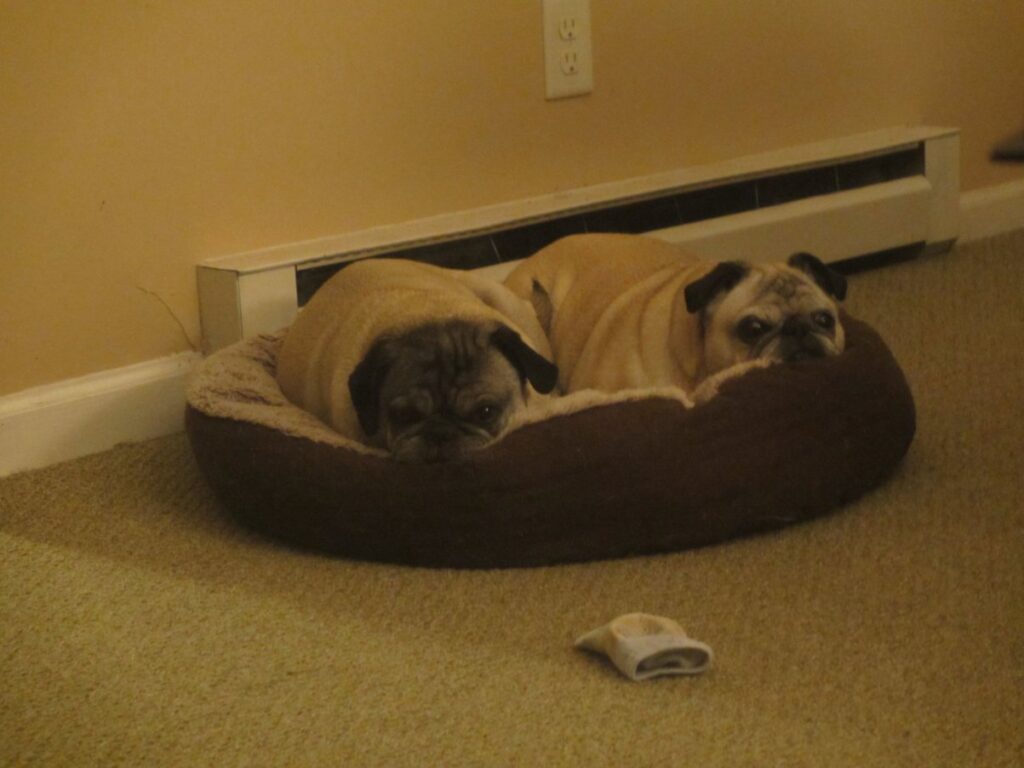 Do all pugs hate having their nails trimmed?

No, not all pugs freak out when they have their nails trimmed. If you get a pug puppy, getting them used to having their paws handled by people from a young age can help a lot. Even with an adult pug, if you can touch their paws when you aren’t cutting their nails, that can make nail cutting easier.

While not all pugs hate having their nails trimmed, it is common for pugs, or really dogs in general, to dislike it somewhat.

My pug Beans would try to walk away from you if she saw that you had dog nail trimmers in your hand. She clearly didn’t love having it done. However, once you got her held in place she’d basically give in to the fact that she was getting her nails trimmed and it wasn’t a huge deal.

My pug Frank, on the other hand, was more difficult. We used to have his nails trimmed at the vet, but he was always on-edge or a bit anxious while at the vet for any reason. This made him make a much bigger fuss when the vet trimmed his nails. He would scream the whole time our vet was trying to trim his nails. As a result, we found that trimming his nails at home made for a quieter experience! It was still sometimes noisy, though!

When we trimmed his nails at home, he’d be somewhat upset from the beginning, but he’d get more worked up over time. What we found worked best for us was to cut his nails in a few different sessions. We’d do a few nails until he started to get too worked up (but before he was screaming) and then we’d give him a break. Then we’d come back later and do more, again stopping if he started to get too worked up.

This wasn’t the most convenient for us, as it took us a couple of days to finish trimming all of his nails, sometimes. It seemed to help him to tolerate it better over time, though. I think if we forced him to sit through getting all of his nails trimmed in a single setting, he’d get too worked up each time and would associate nail trimming with more fear.

We also tried a dremmel to see if he found that easier to tolerate. He reacted to it worse than traditional clippers. Still, if you are really struggling with a pug who hates having their nails trimmed, I’d recommend trying different options. You never know what they’ll find most tolerable unless you try.

Do pugs bark a lot?

While pugs are a bit unique for being able to ‘scream’ as dogs, they aren’t generally noisy dogs. Pugs can make a wide range of sounds compared to some other dog breeds, most are quiet sounds though. For example, they can sneeze, sigh, snort and have audible farts. Generally though, they don’t bark a whole lot.

There are certainly exceptions, every pug is an individual. I have seen pug owners post saying they are really struggling with their pug’s almost constant barking. As a general rule though, pugs are known to be a quiet breed.

My pugs wouldn’t even bark if a stranger knocked on our door! They would occasionally bark at fast animals such as squirrels or chipmunks out of excitement. Other times they’d happily watch a chipmunk run by without making a sound. My pug Beans would bark if left home alone. She’d bark when we first left the house and then would occasionally start up barking again until we got back. They didn’t usually bark at other dogs or cats, or at people. They were both pretty quiet generally speaking. From what I’ve heard from other pug owners, most pugs aren’t bad about barking a lot. One thing I have read is that many pugs will bark at animals on TV!